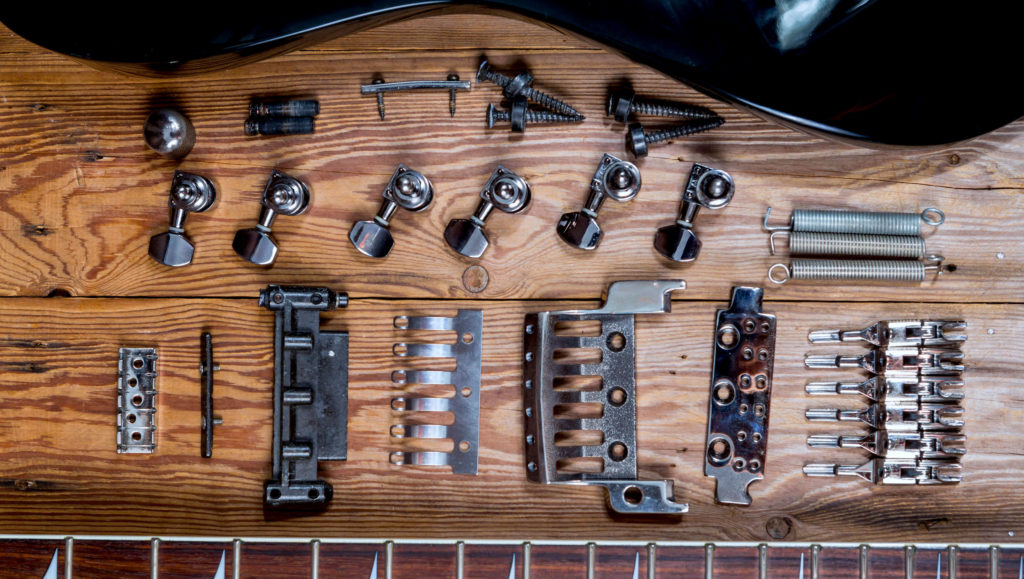 For a long time the composition of timbre has been a standard option, available to anyone who imagines and writes music. We have acquired a technical understanding of the properties and descriptors of sound that permits a personalisation of the relationship with timbre, an understanding so broad as to give rise to approaches that are contrasting and yet exist side by side.
Indeed, the repertoire of sounds available to composers covers a complex territory extending between two poles: one the one hand, sounds that already exist and are ready for use, and on the other, the invention of personal timbres and instruments; between these two poles there are many different intermediate approaches, every one of them suitable for creating music.
For today’s composers it’s certainly possible to make good use of timbres that are already known and that form part of a pre-existing sound complex (the flute, the orchestra with winds in pairs, the typical sound of granular synthesis, and so forth) and to compose fine music with them. For some time, however, this way of composing has failed to satisfy my needs as a composer. Within the dialectic between two sometimes irreconcilable positions, my imaginary certainly feels most at ease with the personalisation of means and research into sound: in other words, timbre cannot be given, is not preconfigured. If sound is not made the object of compositional study, if the creative process does not entail work on the distinctive qualities of musical instruments, that relationship with sound remains within the realm of predetermination. My imaginary is thus at risk of being perceived as hetero-directed.

An involuntary thought runs throughout my daily work as a composer. How to realise the very real and precise sound that comes to my mind from time to time? What kind of work on means would be necessary in order to transform that clear interior idea of timbres and gestures effectively? These questions are more convincingly resolved if placed in relation to a central and more general idea: in order to represent oneself one has to start out (at least partly) from sound, and in order to translate one’s own essential idea of sound one has to develop one’s own means.
It’s in this way that work on instruments and on sounds, which precedes or accompanies their formal organisation within the confines of the piece, becomes a structural component of the compositional process.

The entire process so configured involves both considerations that are directly related to timbre and others that are less obvious and only apparently unrelated to it.
The first of these considerations concerns the personalisation of instruments. As we already know, work on lutherie is an important factor in this context. The sounds I have in mind cannot be realised on traditional acoustic instruments, even though they are very often inspired by them and by their fundamental properties. Thus, for example, in Fourth Born Unicorn, a piece for viola, I used gloves and thimbles because I had sensed and explored the instrument’s inharmonic and percussive potential: the gloves help me (and the performer) to manage the balance between the harmonic and the inharmonic with precision; the thimbles bring out the percussive mode of attack, as well as enhancing the brilliance of the instrument and the control of glissandi.
For partly the same reasons, in Fifth Born Unicorn, for modified cello and electronics, I drew sound not only from the strings, the bridge, the sound box, and all the other visible and accessible parts, but also from the sound post of the cello, the tailpiece, the ring of the bow, and so on. Every detail of the instrument has its own identity that contributes to the overall sound. These enabled me to achieve the timbres that I had first imagined and then developed through contact with the instrument, also through the use of electronics and carefully chosen devices (such as a strip of material rubbed on the strings).
And then in Keekee Bouba, for transformed voice and instruments, I chose to use two daxophones to guarantee a direct dialogue with the voice. Both voice and daxophones are conceived as mere generators of sound. The voice is capable of moving freely between the harmonic and the inharmonic, between stable and highly unstable timbres, between envelopes that are percussive and those that have no attack phase: the same qualities in the daxophones produce a dialogue based on the analysis of spectral data, which is then composed into a lucid hallucination.
In each of these and other examples the pieces began to evolve both during the phase of searching for instruments that could translate my sonic preferences, and during the phase of studying the instruments chosen.

Indeed, our second consideration concerns the direct relationship between the composer and his/her means. The minute translation of sounds, the control of gestures to be employed by the players and the orchestration of the various instruments involved require a more immediate control of sound. Contact with the instruments during the composition of a piece is therefore a second crucial factor in its success. Handling the detailed properties of timbres, which can be manipulated by means of their descriptors, has in fact made it necessary for composers to acquire as complete an understanding as possible of the performative act. At once originators, researchers, performers and producers of the final product, composers are witnessing a slow transformation of their role.

The third and fourth considerations, which are more complex, and are related to other, more general conditions, seem to be slowly coming to the attention of the musical community, thanks to very recent repertoire. Research into lutherie, into the technology of means and into performance gives greater weight to the visual aspect, in that as well as releasing a natural curiosity about the ability of the performer to grapple with unusual means, it displaces the musical product into a provisionally unlikely environment. Initially the work loses some elements of contact with the collective imaginary, acquiring the appearance of a paradox awaiting verification. The performative act then brings together the ears/eyes of the listener/observer and the musical object, and in this way the same object finds ultimate confirmation of its own effectiveness.
But visibility as a component of musical performance inevitably gives rise to an even broader issue, one that we have been discussing for decades: the need to update, to revitalise, the form of the concert. That seems to be happening in ways not entirely foreseen or planned. The developments in instrumental forces, the transformation of players into performers with a broader set of abilities, the marked personalisation of the musical product, all these have helped to transform, in a manner that is at once spontaneous and necessary, the performative moment and its reception. That debate about the form of the traditional concert (unidirectional, perhaps unsuited to the time and place of performance, etc.) thus has found partial resolution, in ways not previously foreseeable: the visual is tied to listening precisely as a consequence of the work on sound, it clarifies some of its arguments, it revives its magic and its wonder.

So what does the phrase “one work, one sound” * imply?
We should not think principally of the potential and infinite variety of timbral solutions coupled with the immense number of works that are going to emerge. The phrase refers rather and above all to that central, essential idea: composition is an awareness and representation of one’s own perspective. To achieve this we must focus more than ever on every single phase of the creative process, including the development of one’s own means.
I find myself not only in the form, the algorithms, the organisation of the chosen materials, but also in the means that help me to translate my timbral ideas. I am my sound.

* The title of this piece of writing derives from an interesting exchange of ideas with Daniele Ghisi, who, during the “Dialoghi sul comporre” of late 2016, asked me very astutely, “So, if we continue on this path towards the personalisation of instruments, will we arrive at the point of ‘one work, one sound’?”