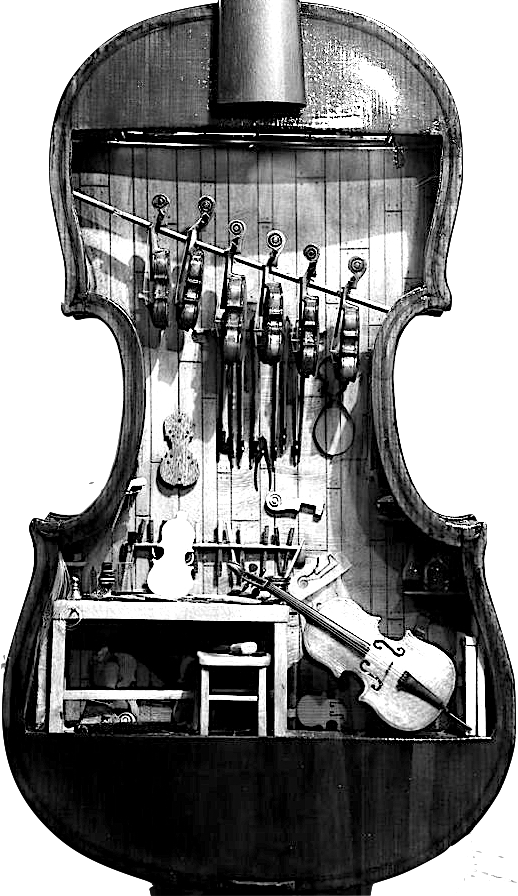 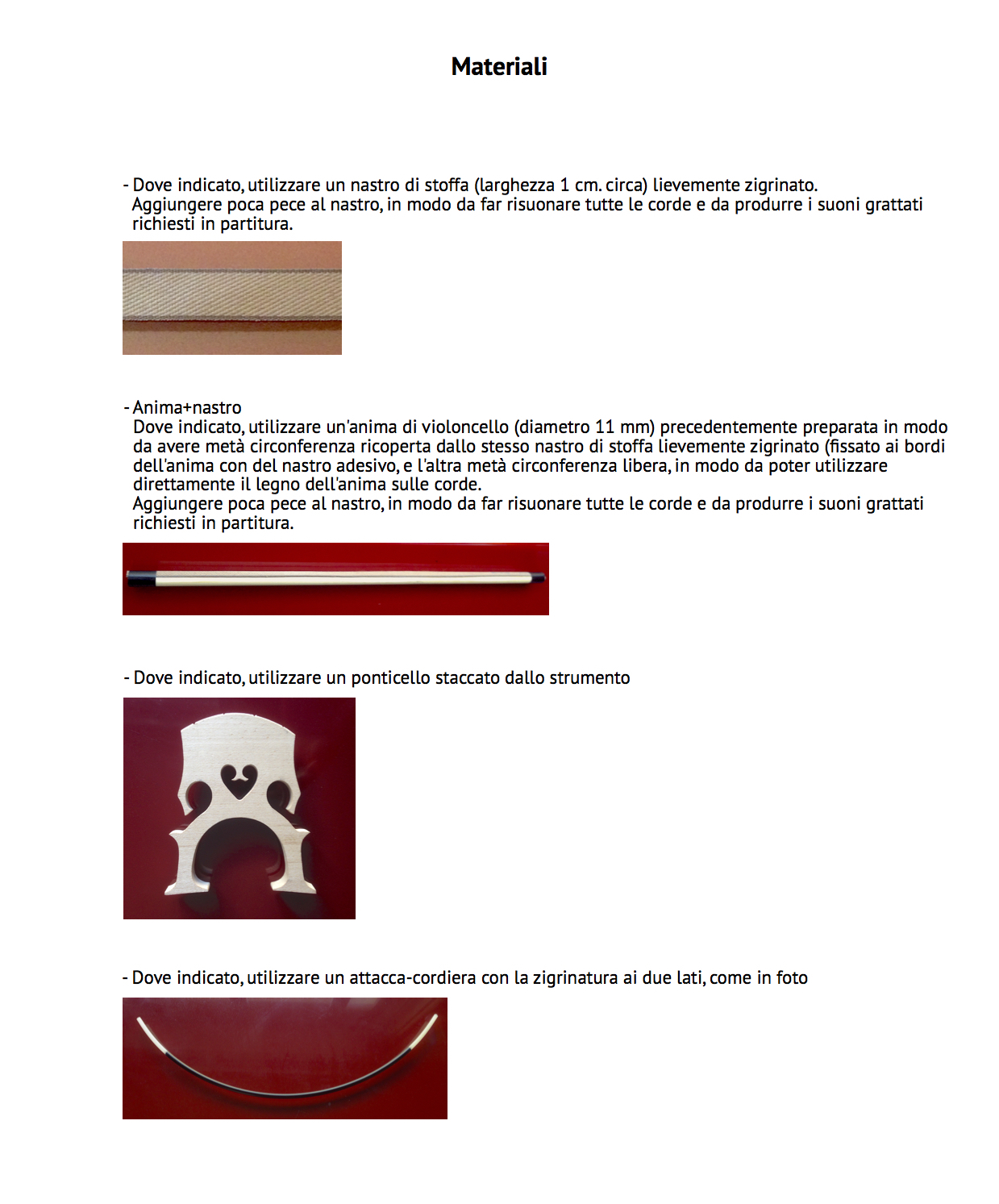 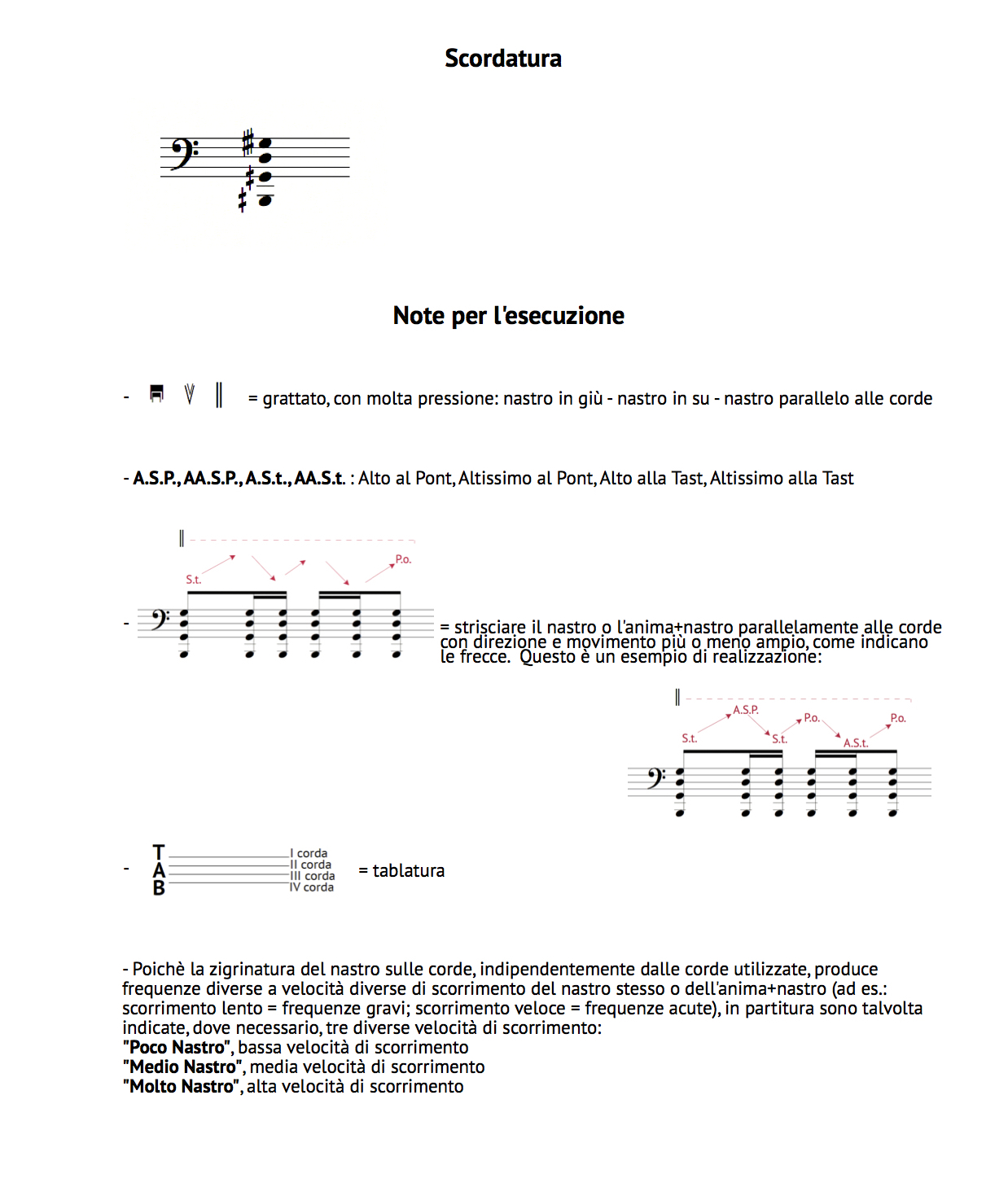 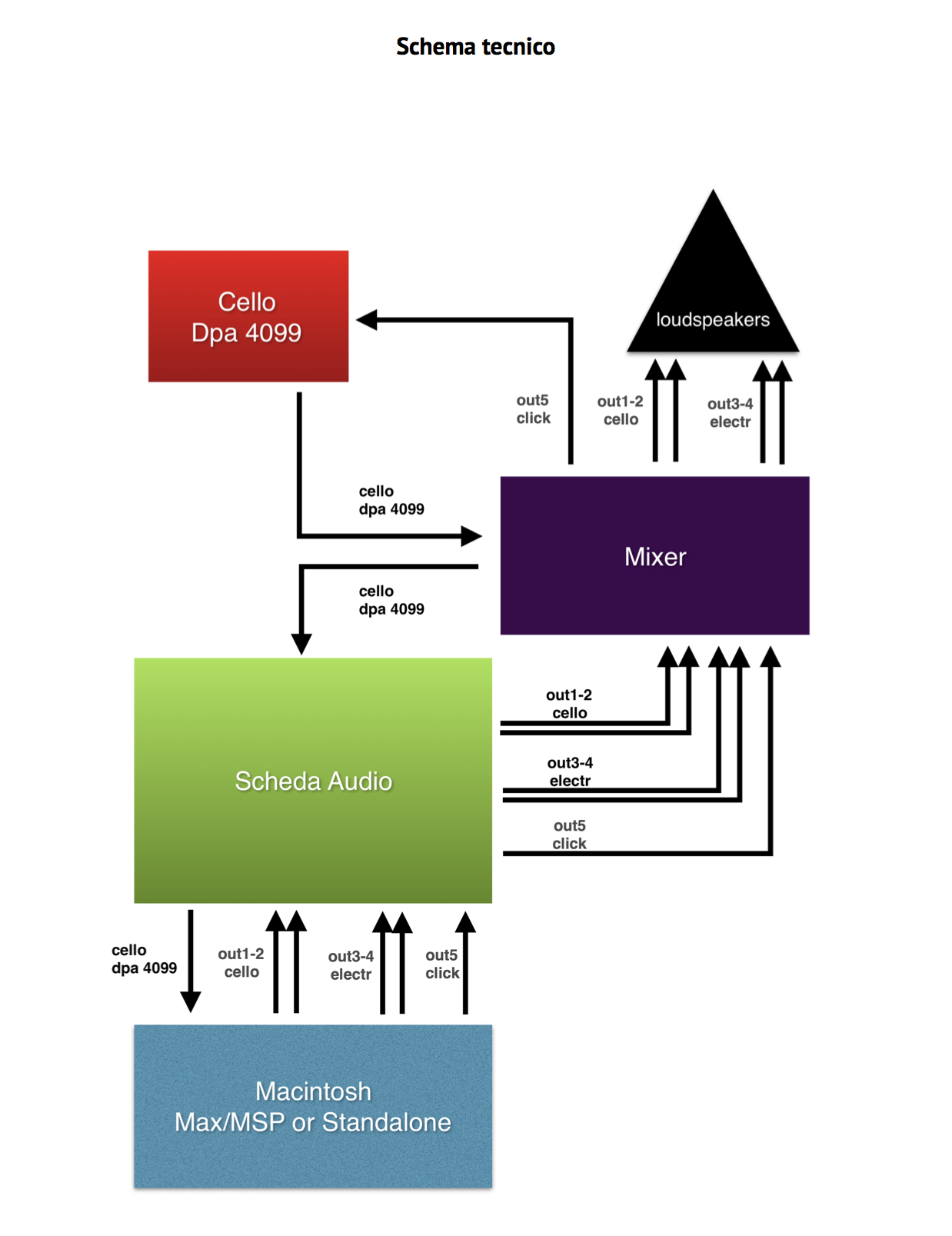 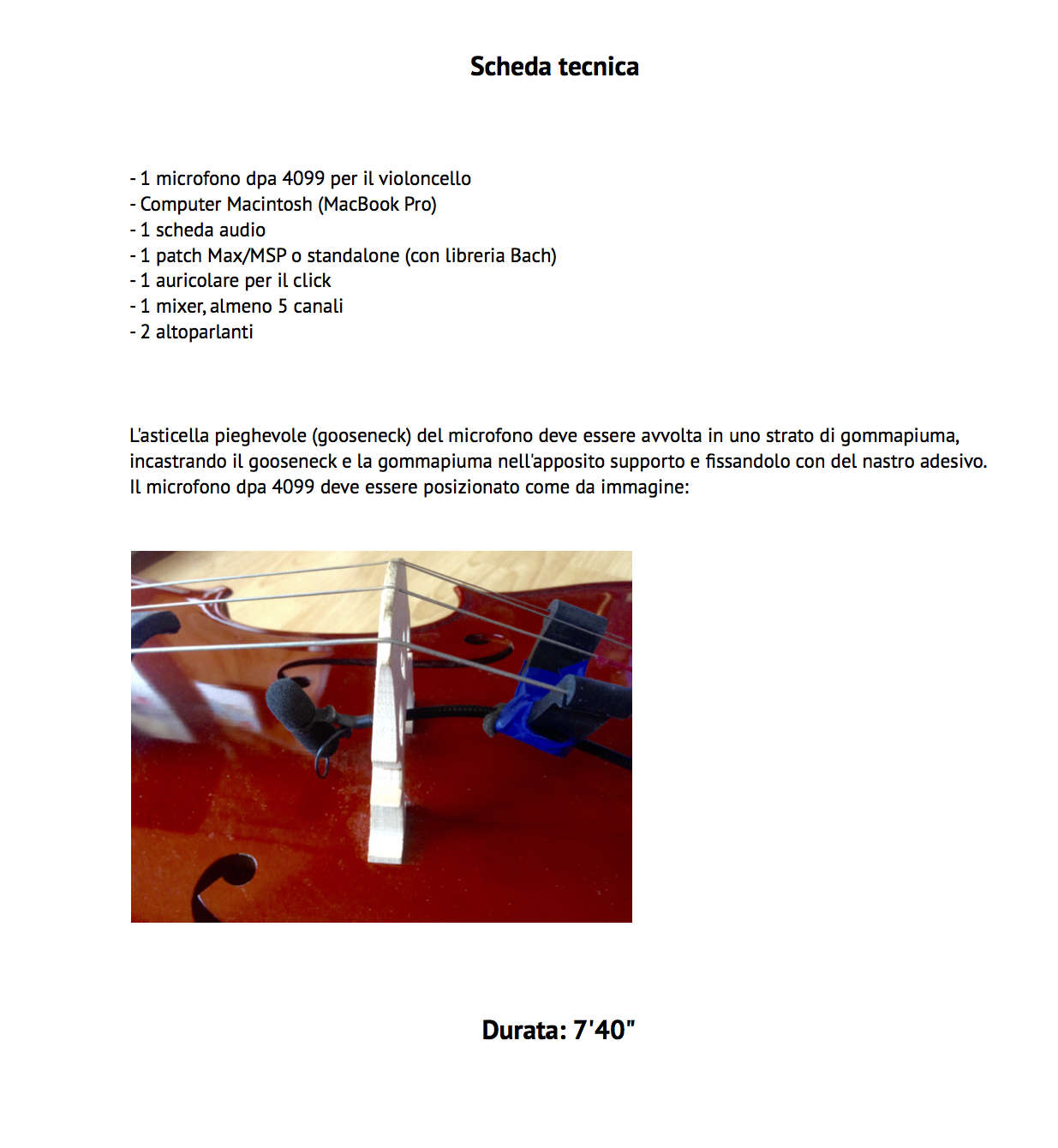 While working on my new cellos to identify the details of the sounds that I was carefully documenting, little by little I examined the timbre produced by each of the parts that made up the instrument: not just the strings, the bridge, the body and all the segments that are visible and accessible, but also the soundpost, the tailpiece hanger, the ring of the bow and so on. Each detail has its own identity that contributes to the overall sound of the instrument and at the same time distinguishes it.
Fifth Born Unicorn, written for Francesco Dillon, is a piece for cello and electronics which in reality was born “for transformed and dismantled cello”. The transformed cello is the one used on stage by the soloist. With this I obtain the sounds initially imagined using electronics and particular chosen devices (for example, a strip of cloth rubbed on the strings). The dismantled cello is instead the instrument, or rather the single parts of the disassembled instrument, that produced around half of the electronic sounds, in this case pre-recorded by me. For some years now I have been carefully transcribing my imaginary musical ideas, taking me beyond the instruments as I knew them. This need, totally personal and without belonging to any inexistent ultimate truth, stems from being spontaneously tired (obviously as a composer, not a listener) of the already familiar and hetero-determined sound. The traditional sound wouldn’t offer me any expressive force or even a faithful translation of my imaginary musical repertory. Fifth Born Unicorn constitutes an important step in this direction as it allowed me to look more deeply, also in a conceptually simple way, into how traditional acoustic instruments are “systems”, and lets me express more easily my personal idea of instruments. It also entails single parts of the instrument being made to sound separately. To represent the musical figures I have in mind, I always need to start from the sound, from my sound. In this case, it was sufficient to look for it in the details of the means I had in front of me.